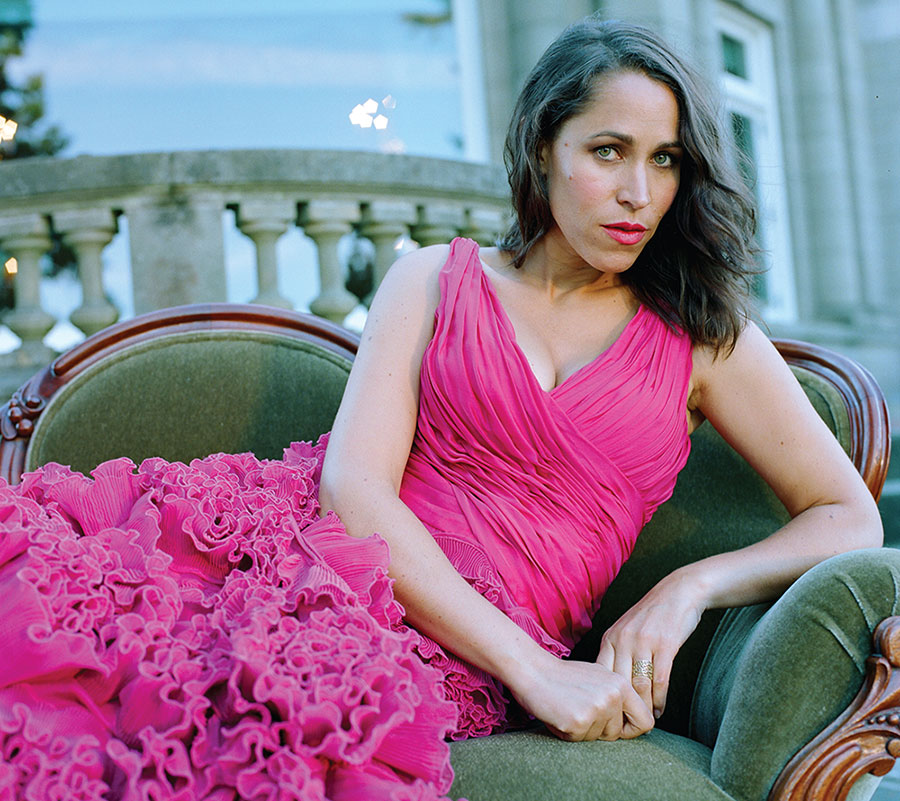 In 1994, she put her first band together and played regularly at NYC clubs CBGB’s Gallery, Mercury Lounge and Brownies. Her first solo album Love Handle was released in 1995 and she was chosen to sing “Ordinary Girl,” the theme song to the TV show Clueless.

At that same time, she was plucked from New York City by Harvard classmate Thomas Lauderdale to sing with Pink Martini, and has since written many of Pink Martini’s most beloved songs with Lauderdale, including “Sympathique,” “Lilly,” “Clementine,” “Let’s Never Stop Falling in Love,” “Over the Valley” and most recently “A Snowglobe Christmas,” which can be heard on Pink Martini’s holiday album Joy to the World. Her original song “Hey Eugene” is the title track of Pink Martini’s third album and many of her songs can also be heard on television and film. She sang “Qué Será Será” over the opening and closing credits of Jane Campion’s film In the Cut and her original song “The Northern Line” appears at the end of sister Maya Forbes’ directorial debut Infinitely Polar Bear, which was released in 2015 by Sony Pictures Classics.

With Pink Martini, China has appeared on The Late Show with David Letterman, Late Night with Conan O’Brien, The Tonight Show with Jay Leno and Later with Jools Holland. She has performed songs in over twelve languages and has sung duets with Michael Feinstein, Jimmy Scott, Georges Moustaki, Henri Salvador, Saori Yuki, Faith Prince, Carol Channing and Rufus Wainwright. She has performed in venues from Carnegie Hall to the Hollywood Bowl to the Grand Rex in Paris. She released her second solo album ’78 on Heinz Records in 2008, a collection of autobiographical folk-rock songs.

In the spring of 2011 China took a leave of absence from Pink Martini to undergo surgery on her vocal chords and to spend time with her son. Thankfully all went very well and she is thrilled to be back on stage singing every chance she gets.